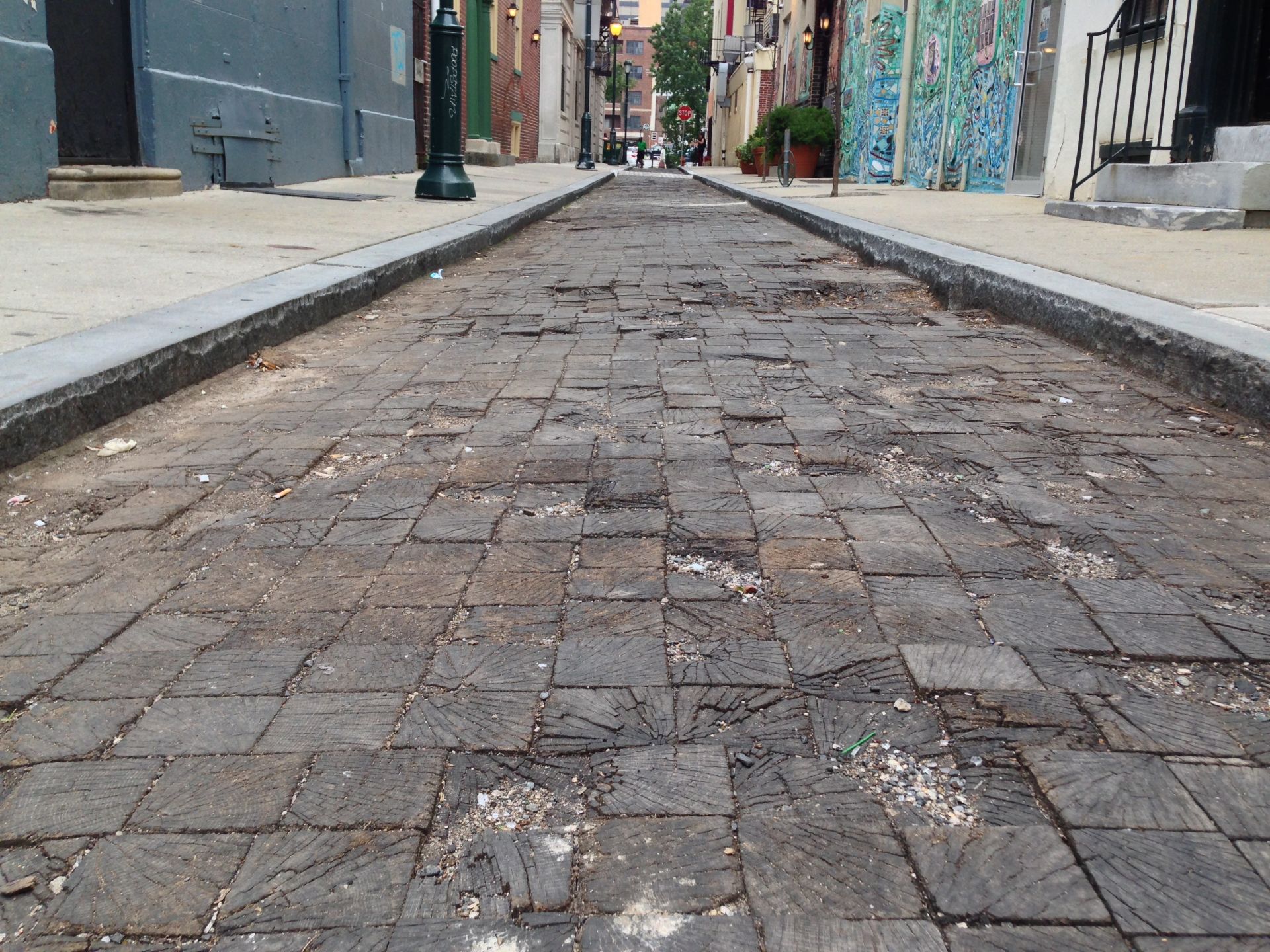 Previously in this blog, we’ve mentioned the City of Philadelphia’s requests for additional information.  Since we see a lot of these, we are going to create a catalogue of the requests as a reference guide.  We hope that this will help our clients, design partners, and contractors better understand what information is most commonly missing from an application.  (If you haven’t seen it before, it’s also worth checking out the City’s list of top ten building permit application deficiencies.)

Today, we’re going to look at one subset of these cases:  Right-of-way.

You might think, “Well, fine; but I’m not planning to create a new sidewalk, so this doesn’t affect my project.”  Let me say from experience:  There is a super-high chance this affects your project.  See, Streets has approval power over any interaction between your proposed construction and the sidewalk.  Do you want to hang a sign on your building?  A sign that projects more than a foot from the wall?  Well, you need Streets approval!  Do you want to build a new house literally anywhere in Philadelphia?  You need Streets approval!  Do you want to build on a corner lot?  Well, you need to make an ADA-compliant curb-cut on your dime at the corner (the City figures if you have the money to buy and build, you have the money to bring North Philly’s sidewalks out of the 1960s).  And that curb cut needs Streets approval.  In fact, any curb cut needs a survey (approved by Streets) and a set of plans clearly marking the curb cut (approved by Streets).  If your building even looks at a sidewalk weird, Streets will want to see what’s up.

You might then think that the best way to avoid all this is to just apply to Licenses and Inspections without going through Streets first.  Well, in theory, we’d like that too.  The problems are (1) while the zoning and permitting process in Philly could use some streamlining, most of these reviews really are there for safety, and we want your project to be safe; (2) Licenses and Inspections routinely kicks back plans that don’t have explicit approval from Streets; and (3) Streets doesn’t care if your project gets shut down because you didn’t ask them first.  Here’s a quote from the actual manual for the Right-of-Way Unit:

“A. Recently Constructed Non-Conforming Conditions:
There is no obligation for the Streets Department to approve anything constructed without approvals being given. Applications for all such projects may be subject to rejection, and are considered as the lowest possible priority.”

So, on the off chance you build something Streets wants to review, but you didn’t ask Streets for permission, Streets basically gives you the finger (which is understandable).

How to Get Streets Department Approval

As in all things related to L&I, the easiest way out is through:  Just collect all the forms, put a little bow on them, and hand them to the right departments.

If you want to know what kind of design information to mark and label on your plans, then look to the checklists Streets has drawn up for these sorts of projects.  Because Philly’s municipal services are a web of contradictory information, there are for some reason four of these checklists.  Almost always, though, you can use Checklist No. 1—it covers zoning permit applications and most building permit applications.  If you are applying for a building permit for a particularly large building, then you will want to see Checklist No. 2.

After this information is reviewed, it should be added to the plans (the very, very basic idea: label everything relating to the sidewalk or street in excruciating detail; and if you’re going to cut into the ground, show a 3-D cutaway and know the measurements backwards).   The designer on the project — architect or engineer — should to fill out and stamp the Streets Department Plan Review Application (yes, it’s a lot) and the appropriate Streets Dept. checklist, verifying that all desired specifications are mapped on the plans.

We get two types of request for additional information from these projects:  From Streets — when they point to the plans and say, “This isn’t clear to us” — and from Licenses and Inspections — when they say, “You need to have Streets review this before we’ll look at it.”

Sometimes, these things are just about unavoidable.  We got a kickback recently for a set of plans that labeled an existing curb cut, but didn’t specify the size of the existing curb cut on the plans.  This, obviously, has nothing to do with the new construction; yet Streets demanded a measurement for the thing that was already there in the ground.  So don’t worry too much if your project gets one of these; this stuff happens in a dense administrative bubble.  But if you, the developer or homeowner, want to avoid this kickback most of the time, then…

(1) Get a really good architect

Unexpected problems can still arise in review, because all plans examiners are different.  However, the basic principle for building permit applications is always the same: label everything, and read the instructions before assembly.