There Are Rules Here! 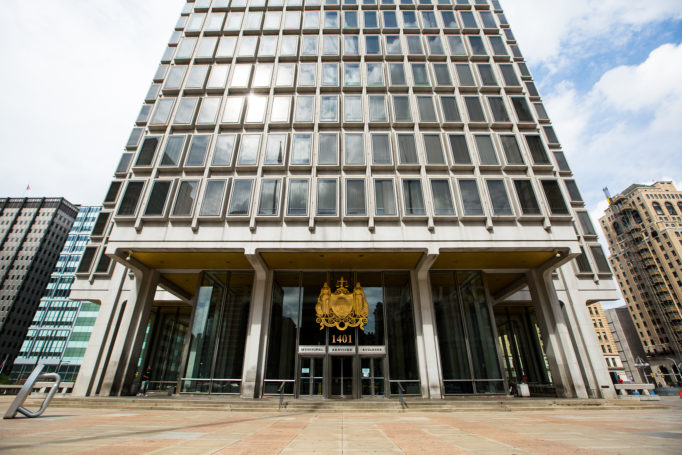 There Are Rules Here!

We here at Philadelphia Zoning like to poke some fun at our City’s bureaucracy.  Licenses and Inspections can be a mystery to homeowners and developers: documents go in; only sometimes do they come out.  When they do come out, it’s often because they are rejected for arcane reasons.  It can be pretty frustrating and eat your time (and it’s why Philadelphia Zoning exists: to save you this trouble).

However, in the spirit of the holidays, we’d like to kick back some goodwill to the City:  almost all of the people behind the desks at Licenses and Inspections are diligent, overworked public servants trying to make us safe.  Some of the City’s rules are weirdly specific — did you know there are zoning rules governing how fast an electronic ticker can blink? — but a lot of them are in place to make sure we don’t build roofdecks that collapse on us.   The plans examiners just want to make sure we’re making sturdy, reasonable buildings.  They don’t make all the rules — that’s the City Council’s job.  They just have to enforce them.  And while zoning in the City is a labyrinth, here’s one way to make it easier:

Do what they say.

Really.  Just do it.  Even if the rules seem crazy, follow them.  Give them the form they want.  Get that last stamp from the last department.  Schedule inspections if you need to do that.  Make sure your designs are up to the zoning and building codes.  Do what they say.

We are often asked, “Can we just get this through?”, as if there’s a special way to get to the front of the line.  (There is an expedited review available for a fee, but even that takes a minute.)  We’re also asked, “How long is this going to take?”  The answer to both questions is:  It depends on whether or not you do what the City asks.  If you follow the rules from the beginning, and check your work twice (and *cough* if you hire Philadelphia Zoning), it will take a predictable length of time.  A few months; maybe, for some permit types.  But a regular, ordered few months.  If, however, you try to get by with subpar plans on a project that needs plans, or you throw together a design that doesn’t meet the building code, you’re going to get a stiffarm from the City of Philadelphia.

If you’ve designed a really cool building that’s larger than the City wants for that zoning district, you’ll have to change it or appeal it.  You can argue with the City about this, and you can try to get around it by being clever.  But it’s not going to work:  You have to change your plans or file an appeal.  That’s the solution.

We also get asked, “Can I start the construction before the permit is through?”  Physically, I guess you can.  But even if you don’t get shut down by the City for unlicensed construction, you run the risk of having to make alterations to an existing structure.  That could take thousands of dollars and months or weeks.  You know how to make the process faster?  Just do what the City asks:  Get your plans stamped by the applicable departments, get your permit(s), and then get to work.

If you think the zoning and permitting process in Philadelphia is too complicated and inefficient; well, we often agree!  But the way to make changes is to talk to your elected officials at City Hall; not to try to skirt the rules.  The City moves slowly, but it’s implacable:  If you’re on the wrong side of L&I, there’s no way back to the other side except to get all your permits lined up.   Philadelphia Zoning will be happy to help you do it, but either way it must be done.  It might seem like it takes longer or costs more.  But trust us, the fastest and least expensive way around L&I is through it, forms in hand.