A Philadelphia Zoning Permit is required for all types of projects, structures, and businesses.

The City of Philadelphia’s Zoning Code is a dense document that details where and what you can and cannot build and operate just about anything in the city.  Any construction, renovation, addition, structure, new business, or even housing rental probably (definitely) requires a zoning or use registration permit.

Some zoning permits can be acquired “by-right”, which means within the boundaries of the zoning code. A by-right use registration permit may be obtained over the counter; but in most cases, you have to submit an application to Licenses and Inspections (L&I) for a formal review.  In other cases, your permit will not be considered “by-right” and thus will require special approval from the Zoning Board of Adjustment.

All types of zoning and use permits, whether “by-right” or not, typically require the approval from an assortment of other city organizations and groups, including the Historical Commission, Art Commission, a Registered Community Organization, Streets Department, City Planning Commission, and many more.

Philadelphia Zoning obtains your zoning and/or use registration permit for you. We also acquire the necessary pre-requisite approvals from any city offices that your project will require. 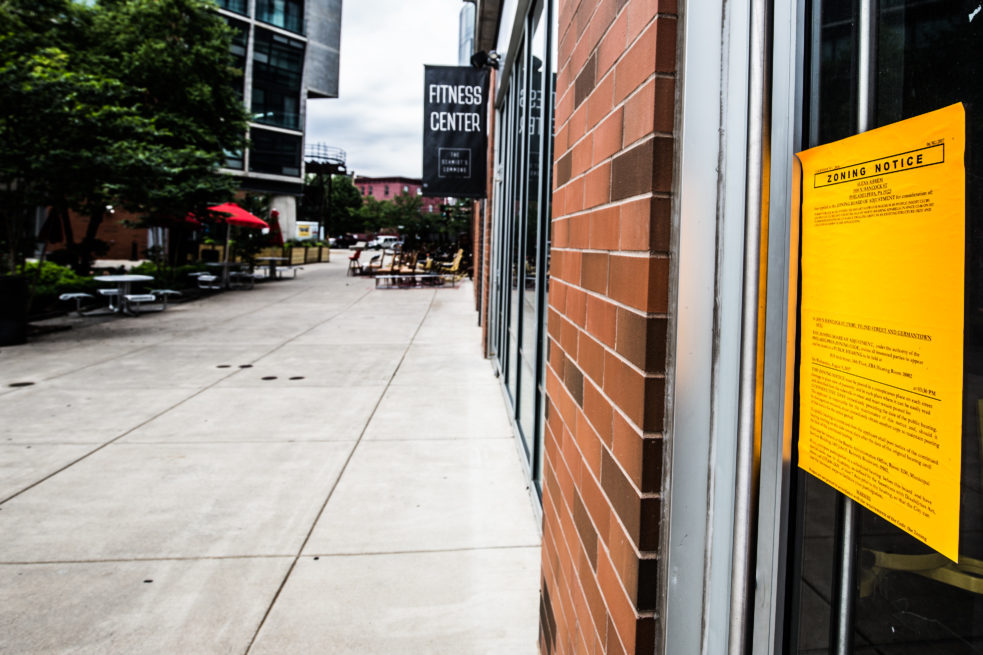 Do You Need a Zoning or Use Registration Permit? Need help navigating the zoning variance/ zoning appeals process? We permit you to fill out a project help form.

Further reading on zoning and use registration permits:

Let’s clarify the different terms that are often used interchangeably to describe these projects:

A Permit (zoning permit, use permit, use registration permit) is the piece of paper that is issued once your project has been granted, which permits you to use a space, build a thing, amend a structure, etc.

A Variance (zoning variance, use variance, dimensional variance) is what you are applying for if your project falls outside of the permissions of the zoning code. You are asking to vary from the code in terms of the size of your project, the use of your space, or the current registered zoning classification.

A Special Exception is when you are seeking an approval that will allow you to do something that is not allowed within the code due to restrictions (like open a tattoo shop).

“Zoning” and “Use” are used interchangeably but can be considered the same thing in the context of the processes. Zoning refers to a specific zoning classification and the use refers to the actual use of the space. For example:

Each type of project has its own requirements that further dictate the issuing of your permit. Some permits can be issued over-the-counter on the same day. These typically apply to by-right use registrations. Other permits can still be “by-right”, but will not be issued over-the-counter.  For example, you may be building a single family home that completely conforms to the code, but you cannot obtain a permit over-the-counter because your drawings and plans need to be taken in for review. Other permits that are neither by-right or over-the-counter will receive a refusal or a referral. They require a special exception or zoning variance and need special review and approval from the Zoning Board of Adjustment (ZBA).

A zoning/use permit is required for a multitude of projects. Common projects that require a zoning permit include:

As stated already, many zoning permits are initially “REFUSED” because they are outside the parameters of the zoning code. (Other projects can receive a “REFERRAL” rather than a refusal. Both are essentially the same thing because it means the project requires special approval from the zoning board, but a referral implies that it is responding to an application that corresponds to a zoning violation or a special exception.) Some examples of projects that would be refused include:

Because the Philadelphia Zoning Code is so dense, there are ridiculous amounts of combinations of things that can warrant a refusal for your project (deem your project outside of natural compliance with the zoning code.)  When a project receives a “Refusal” you are required to receive the go-ahead from the Zoning board, the local Registered Community Organization (RCO), and possibly some other organizations.

It is important to note that if your project is operating under a business entity (LLC, etc.) you need a lawyer to represent you – by law. Philadelphia Zoning is not a law firm, but we work with the best and most appropriate zoning lawyers around the city for your specific project.