We have done a couple of projects with City Fitness, each project for the signage at their locations.  Signage often makes for the more convoluted types of permitting projects in this city. It can be confusing because you would think that signs would require, well… a sign permit. However, signs can and do usually require zoning and building permits, along with a seemingly useless sign permit, and then possibly an electrical permit depending on the extent of the electrical contribution to the sign. 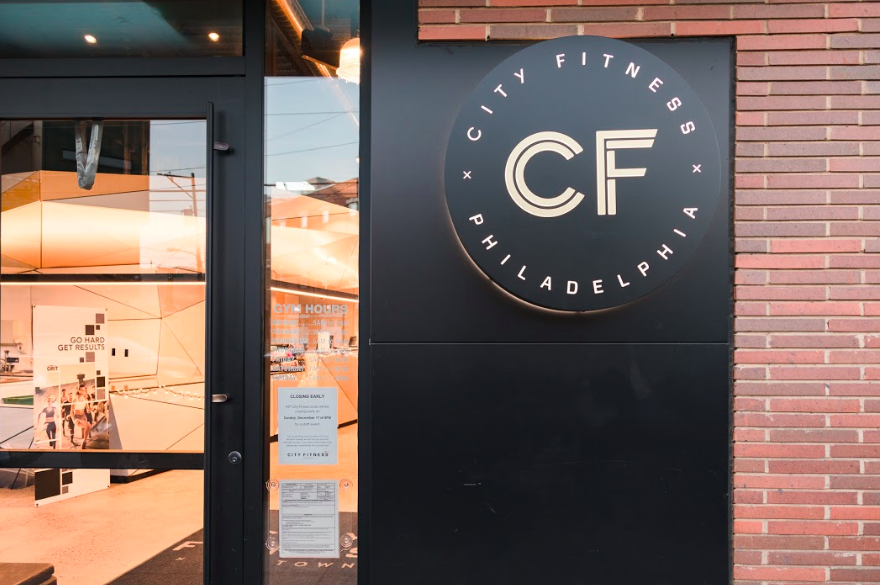 One of our projects with City Fitness was for the permits required for the signage at their Fishtown location.  For this sign, it required a zoning/use permit, a building permit, and a sign permit.  The building permit was for the installation of the sign and a zoning permit was for the registration of the sign’s existence.  On the city’s billing statement, they issued an “accessory sign permit” fee, but they did not actually issue a physical “sign permit”. Makes complete sense… 🤷🏽‍♀️

Another City Fitness sign project was for their advertising signs at their newest and largest gym located at The Sterling on 18th and JFK.

This one started off on a bit of a rough foot. We originally were applying for the permit for the advertising signage without any anticipation of receiving a refusal for the application. Well, SURPRISE, the application was refused. The bill that generated the refusal had literally just gone through.

The signage was refused for two reasons: The first was that if your business is located on both the first AND second floor of a building in a CMX-5 zoning district, you are not allowed to have signage posted on the second floor. City Fitness has a small office on the first floor for its employees to utilize. Although the office is not technically a part of the gym, City Fitness still technically was operating off of two different floors, thus requiring a variance. Essentially, if their office was on the second floor along with the rest of the gym, then they would not need a variance for this aspect… 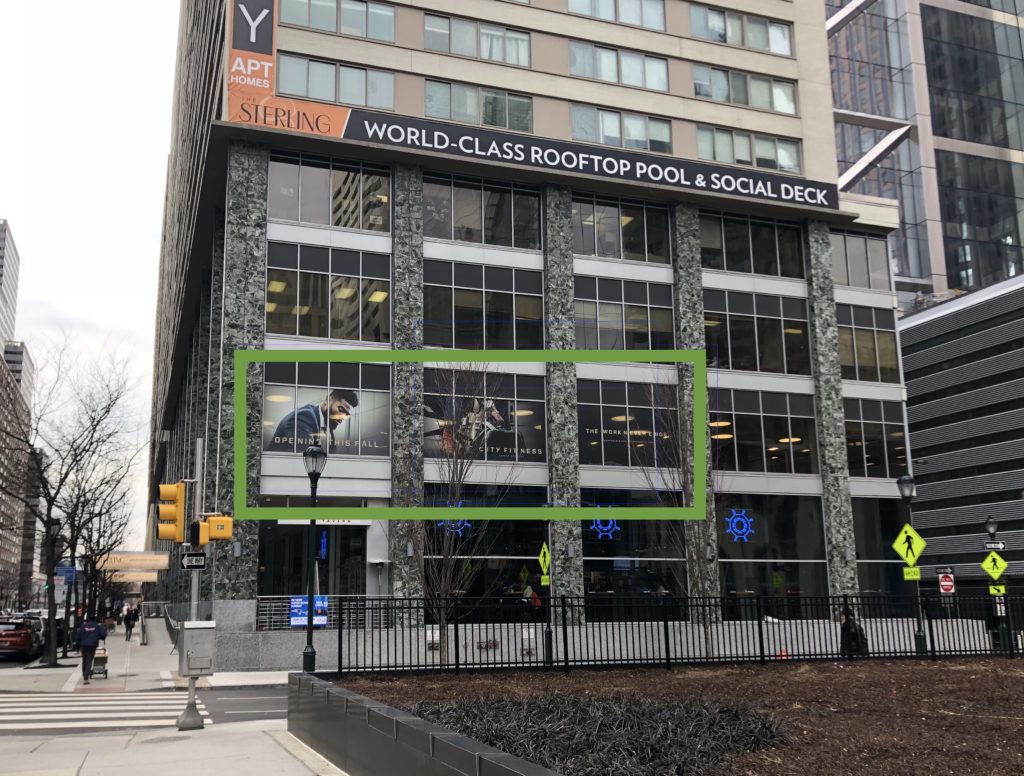 The second reason for the refusal, which was the subject of the new bill, was that you cannot have a sign in a window that exceeds more than 20% of the transparent part of the window itself. Prior to this rule, your signs could not exceed 20% of the transparent part of windows on the entire floor. Seeing as though this is an advertisement for a new gym, signage on the second floor of a huge building that takes up less than 20% of each window would mean barely being able to put one letter in each window. Talk about an eyesore then…

The local RCO opposed our request because they claimed that when you stand in the Comcast Tower it “obstructs the view”. This RCO was actually the one that pushed for the new law that cuts window sign size from 20% of total windows to 20% of each individual pane.  Initially, they were going to write a letter of opposition, but we were able to obtain a letter of non-opposition, which is more desirable.

We made our case to the ZBA and at the end of this adventure, were issued the variance successfully.  City Fitness is able to keep and continue using the signs as-is.

Certain parts of the city are highly regulated concerning what can and cannot be installed.  The Graduate Hospital area has extensive controls when it comes to signage. City Fitness’ goal was to install multiple flag-like signs over the right away throughout the South Street frontage of their Graduate Hospital location.

Flag signs and any sign that protrudes into the right-of-way is considered a projecting sign, and only one projecting sign is allowed in this area of the city. City Fitness as installing four projecting signs, so we needed to obtain a variance for three of them.